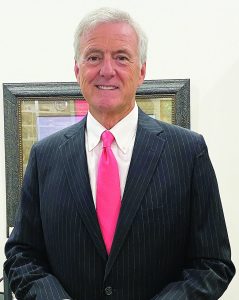 The Geneva City Municipal runoff election results are in. After an aggressive mayor’s race between David Hayes and Greg Adams, Hayes was able to win the popular vote with 619 votes and Adams trailing with 490 votes. Hayes ran his campaign focusing mainly on being a full-time mayor for citizens and promising to donate his salary to the building of a new youth learning center for kids.

Hayes stated, “I will be committed to the challenge of serving as mayor and will serve with professionalism. I will always promote Geneva first. Being a business owner in Geneva I do see a lot of things other people probably don’t see. The needs that we have I know that are out there, we can fill them. People that I’ve spoken with, the problems that they genuinely have not been addressed over the past few years, and that’s not to blame anybody in past administrations, they do their job fine, but there’s a need for what we’ve been pushing and what our message is and that’s to clean up our town, make Geneva presentable, get more businesses in here, make it safer. And let’s us provide something for our children, parks, recreation, learning facilities.”

Geneva’s Council seat for District 7 was also up for grabs in a runoff between Daniel Coleman and Mike Bryan. Coleman took the seat with 133 votes against Bryan’s 95. The city will canvass the votes on October 13th.