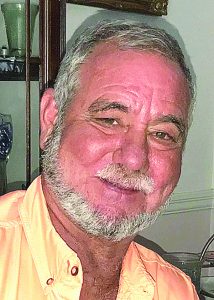 Funeral services will be held at 11:00 a.m. on Tuesday, September 21, 2021 in the chapel of Warren Holloway Ward Funeral Home in Geneva with Bro. Sam Totten, Bro. Gene Hauser, and Bro. Elbert Smith officiating. Burial will follow in the New Prospect Baptist Church Cemetery with Warren Holloway Ward Funeral Home of Geneva directing. The family will receive friends at the funeral home on Tuesday beginning at 9:00 a.m.

Earl was born in Geneva, AL on January 12,1962 to the late Earl Lee Hayes, Sr. and Mary Henrietta Kirkland Hayes.  Earl was a loving Husband, Father and Brother. He was a graduate of Geneva High School class of 1980. At the age of 21, he became the owner of Hayes Tire and Auto upon the passing of his father.

He was known for his kind and generous servant’s heart. He served the community since his youth in the auto repair and tire business. That corner in downtown Geneva will not be the same without him. He enjoyed antiques, classic cars, fishing, and loved being on or near the water. He has a passion for sharing his love for the Lord.

He was preceded in death by his mother and father, his father-in-law S.N. “Bo” Revels and a sister-in-law, Carol R. Owens.

The family would like to thank the caregivers of Wiregrass Medical Center in Geneva, AL and Whitfield Regional Hospital in Demopolis, AL for their professional and compassionate care.

Warren~Holloway~Ward Funeral Home (334) 684-9999, is in charge of arrangements. “Continuing The Trust You’ve Placed In Us” To sign a guest register, please visit:  www.whwfuneralhome.com