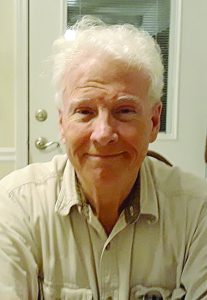 John was born September 20, 1949 in Blakely, GA to the late Calvin Coolidge, Sr. and Clydie Modell Osbon Culpepper. He was a loving husband, father and grandfather. He was a faithful member of The Church of Jesus Christ of Latter-Day Saints, where he anxiously engaged in good work and service to others through his church duties.    John was an accomplished gunsmith at CCEP Weapons Pool, the owner of Accurate Gun Repair, maintenance supervisor and safety director at The Fairbanks Company, a bronze sculpture welder and fabricator at Mark Hopkins Sculpture and a maintenance supervisor at Redmond Park Hospital. In high school he was elected president of the Optimist Club and recognized for his service in the Boy’s Club of America. He enjoyed the outdoors, especially hunting, fishing, cutting grass and keeping his yards immaculate, growing fruit trees and vegetables. John loved his cat, Emma Belle, who got to cuddle and nap in his lap, raising chickens, and appreciating God’s creation. He was often found taking pictures of insects, spiders, snakes, hummingbirds, butterflies, dragon flies, squirrels, deer and all things created by God. He was known for using his mind and solving problems. He was creative at building things from tree stands, chicken coops, furniture, cabinets and even, a fireplace. He was a self sufficient and selfless man who could do anything he put his mind to, even if he had never done it before.