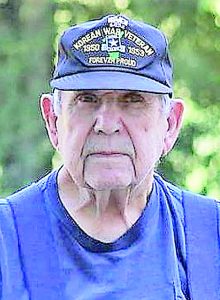 Mr. Wratchford served in the Army for twenty years and was a veteran of the Korean War. He was a police officer for the Town of Red Level and the City of Opp. He was also employed by Douglas MacArthur State Technical College in Opp, Alabama.

Funeral services for Mr. Charles E. Wratchford will be held at 11:00 am Wednesday, October 6, 2021 from Wyatt Funeral Home Chapel with military graveside honors following in Bethel Cemetery in the Babbie Community. Visitation will be held at Wyatt Funeral Home one hour prior to the service. Reverend Nathan Daniels will be officiating. Serving as pallbearers will be Anthony Wratchford, Jeff Davis, Josh Davis, Russell Sellers, Matthew Sellers, Alan Youngblood, Hunter Walls and Bailey Davis. Honorary pallbearers will be Joey Wratchford, Jacob Wratchford and Corey Wratchford.