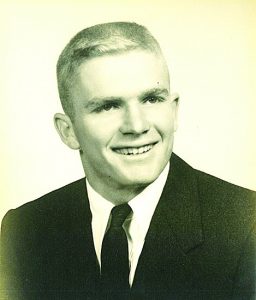 Jack R. Vaughn of Chancellor passed away on Saturday, October 23, 2021. He was 82 years old. A viewing was held at Providence United Methodist Church on Sunday, October 24, 2021, at 3:00 p.m. Burial followed in the church cemetery with a graveside service at 4:30 p.m. officiated by Rev. Ben Vickers and directed by Pittman Funeral Home of Geneva.

Mr. Vaughn was born in Geneva County, AL on February 12, 1939, to the late Lawrence L. and Evelyn G. Jones Vaughan. Mr. Vaughn was a loving father and grandfather. He retired from Alabama Power as a local manager of Florala. He also retired from the oilfield. He was a member of the Alabama National Guard. In addition to his parents, he was preceded in death by his brothers, Jerry G. Vaughan, and Jim J. Vaughan.