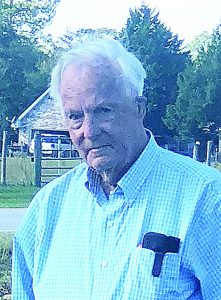 Travis Marsh of Samson passed away on Monday, October 25, 2021.  He was 82.  Funeral services will be held at 2:00 p.m. on Friday, October 29, 2021, in the chapel of Pittman Funeral Home in Samson with Brother Steve Watts officiating. Burial will follow at Oak Ridge Church of Christ Cemetery with Pittman Funeral Home of Samson, directing.  The family will receive friends prior to the service on Friday, beginning at 1:00 p.m.

Mr. Marsh was born in Samson, AL on October 27, 1938, to the late Manuel Marsh and Mattie Caroline Reynolds Marsh.  He was a barber for more than twenty-eight years.  He also drove a bus for the Troy University Girls Softball Team.  He was known in Branson, MO as “the singing bus driver” because he enjoyed singing karaoke on those trips.  He was preceded in death by two brothers, Jimmy Marsh and Charles Marsh; sister, Betty Carol Johnson; and a granddaughter, Chloe Messer.