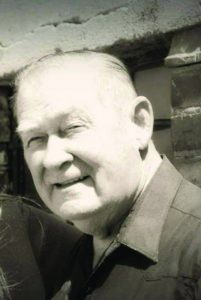 Jack D. Reeves passed away October 24, 2021 at his home in Cozad at the age of 84. Jack was born March 19, 1937 at Opp, Alabama to Phoenix and Mattie Viola (Stafford) Reeves. His school years were spent in the Samson, Alabama and Darlington, Alabama schools. His military service began in the Alabama National Guard, followed by eight years in the US Navy. He served in Japan, Hawaii and California. It was in California that he met the love of his life, Connie Clark. They were married October 27, 1956 in Astoria, Oregon and were married 49 years until her passing. To this union three children were born, Bryan, Ann and Susie.

Jack found joy in country music, classic cars, coin collecting, meeting up with friends at the donut shop and their many discussions over their coffee and donuts. He dearly enjoyed his frequent trips to LA (lower Alabama) and Florida to visit family and friends. He loved to tell stories of his childhood history with family, family gatherings, attending school reunions and football, t-ball and softball games of his grandchildren.

Memorials are suggested to the family in his name for later designation. Online condolences may be shared at berrymanfuneralhome.com. Services were held Friday, October 29, 2021 at the Berryman Funeral Home Chapel with Harvey Pierce officiating. Burial with Military Honors was at Fairview Cemetery. Berryman Funeral Home in Cozad, Nebraska was in charge of arrangements.