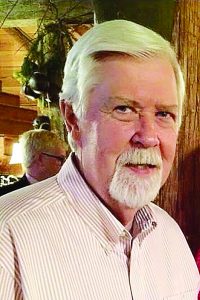 Donald Rupert Childre, age 75, of Opp, Alabama passed away in a Dothan hospital on  November 14, 2021. He was born in Brenham, Texas on  November 24, 1945 to his late parents, Squire Rupert and Eva Rhoden Childre.
Don graduated from Opp High School in 1964 and attended Troy State. He served six years in the Army Reserve. In 1968 he married Carol Chavers and they settled in Opp after a short period in Montgomery.
Don worked as a home builder, the City Planner for the City of Opp, and grant writer. He was a long-time member of the Jaycees, serving in many positions in the local club as well as on the state level as a Jaycee Senator. He was involved for over 50 years in the planning and promotion of the Rattlesnake Rodeo.

A graveside service for Donald Rupert Childre will be held at 11:00 am Thursday, November 18, 2021 in Peaceful Acres Memorial Gardens. Gary Miller will be officiating assisted by eulogist, Ken Howell. In lieu of flowers memorials may be made to Crossover Ministry, 508 AL Hwy 52, Opp, Alabama 36467.