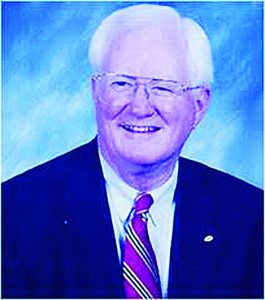 Thomas Waymon Paul was born on  January 4, 1937, to the late Thomas Lester and Alice Gantt Paul in Dothan, AL. Waymon received his formal education at Geneva County School System in Geneva, AL. He furthered his education at Auburn University with a Bachelor of Science in Forestry and was a member of the Alpha Gamma Rho fraternity. Waymon was a member of Philadelphia Baptist Church. Roberta Haynes was united in holy matrimony with Thomas Waymon Paul in 1960 in Woodland, AL. Their union was blessed with three children. Waymon proudly served his country in the United States Army. He served in the ROTC at Auburn University from  1955-1959. He served active duty in the Army from  1960-1963  at the rank of Captain as a Helicopter Pilot. He then served in the Alabama National Guard until 1981.

He was employed by the State of Alabama Forestry Commission as a State Forester. In 1969, he was employed by First National Bank of Birmingham, which became AmSouth Bank in Birmingham, AL (now Regions). He retired in 2005 from AmSouth Bank as Vice President and Senior Forester in the Natural Resources Department. After retirement, he worked as a consultant. He enjoyed farming in Randolph County, hunting, and fishing in his leisure. Waymon was a member of the Society of American Foresters and the Alabama Forestry Association. He was awarded the Auburn School of Forestry and Wildlife Sciences “Outstanding Alumnus of the Year” in 2009. He was also awarded a designation as an “Accredited Farm Manager” and “Accredited Rural Appraiser” by the American Society of Farm Managers and Rural Appraisers in 1984.

A memorial service will be held  Friday, January 14, 2022, at  10:00  a.m. at Philadelphia Baptist Church in Cahaba Heights. The family will receive guests one hour before service. Interment will follow at the Alabama National Cemetery in Montevallo, AL, at  12:30  p.m. In lieu of flowers, memorial contributions in his memory to the charity of your choice.