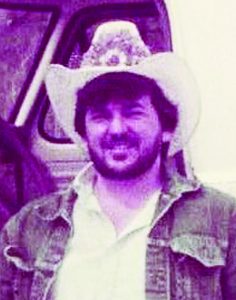 James Stevie Jones, a resident of Hartford, Alabama died peacefully Tuesday, December 28, 2021 surrounded by his loving family. He was 69.

A Graveside Service will be held at 2PM, Thursday, January 6, 2022 at Hartford City Cemetery.

Stevie was born to the late James and Ruth Jackson Jones on September 9, 1952. Though he was partially handicapped, it never slowed him down when it came to work. Stevie retired from Reliable Sheet Metal Products after thirty-two years.  His hobbies included fishing, classic cars, and keeping up his property. Once he became ill, he replaced his hobbies with watching old western movies. His joy was spending precious time with his family. He will be dearly missed by all who knew him.

Mr. Jones was preceded in death by his parents and a brother, Craig Jones.

Survivors include his two siblings, Marsha Faircloth (Wayne), and David Jones (Susan); along with numerous nieces and nephews.

The family would like two extend their deepest appreciation to his caregivers Wendy, Kirsten, Lynn, Brittany, Kim, and Kristen, along with the rest of the entire staff at Day Springs Hospice for their complete love and dedication during this difficult time.