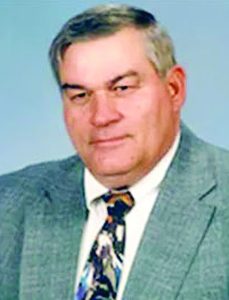 Maxwell Lamar Bass, 85, of Newnan, passed away Saturday, January 22, 2022, at home, peacefully in his sleep.    He was born February 24, 1936 in Opp, AL to the late Luther and Callie Bass.    In addition to his parents, he was preceded in death by his brothers Loyal and Bobby.

Max grew up in Opp playing football, basketball, baseball and any other sport with a ball.    His senior year in high school he was voted Mr. Opp High.    He attended Gulf Coast Junior College and later Jacksonville State University where he earned his degree in Physical Education and History.    He later attended the University of Southern Mississippi where he earned a master’s degree in athletic administration.

Max met his wife Nancy at JSU.    He was playing football and she was a marching ballerina with the Marching Southerners.    It was love at first sight, almost.    They were married in 1959 and enjoyed 62 years together.

Max’s first head coaching job was at The Bolles School in Jacksonville, FL, which is where Max and Nancy’s son, Vince, was born.    The 3 moved to Newnan in 1966 and soon added daughter, Beth to the family.

After his retirement in 1995, the newly built Newnan High Athletic Complex was name for him.    He received the Georgia Athletics Directors Association Dwight Keith Award in 2000; was inducted into the Coweta County Sports Hall of Fame in 2003 and the GADA Hall of Fame in 2020.

His pastimes were fishing, gardening and just being outdoors.    His loved his family, watching and talking football and bringing up politics for “lively discussion.”

But above all Coach Max Bass found his greatest mission in the development and love for all the students and young people he either coached or encouraged.    He passionately wanted everyone to be the best person they could be and rise above their situation and life challenges.    He was an “influencer” of his time.

Condolences can be expressed online at  www.mckoon.com.    “Max Bass” stories can be emailed to  ericscottwalton@gmail.com