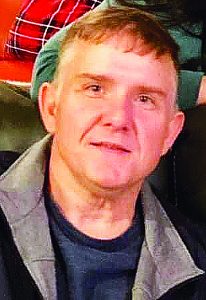 Christopher Glenn Bowden, 42, passed away in the presence of family on Saturday, January 15, 2022.

He was born on March 9, 1979, in Geneva County to Joseph Edwin and Vickye Spivey Bowden. Chris had a servant’s heart and was a loving caretaker. Chris worked in numerous hospitals all over the Southeast as a nurse and made many treasured friends along the way. His nursing colleagues have made remarks of his beautiful voice, contagious smile, and his ability to make any shift better. He left a career in nursing to become the full-time caretaker of his parents, Joe Ed and Vickye, where he faithfully cared for them until their passing. Chris was an avid follower of Auburn football. He proclaimed his faith in God by using his gifted voice to sing gospel music.

He is preceded in death by his parents, Joseph Edwin Bowden and Vickye Spivey Bowden.

A memorial service will be held at 2 p.m., Sunday, February 6, 2022 at Limesprings Methodist Church in Samson, AL. The family would thank everyone for their prayers and kind words. In lieu of flowers, the family requests that donations be sent to CANCER FREEZE at PO Box 92 Florala, AL 36442.