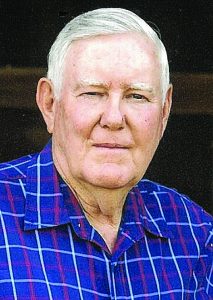 Funeral services will be held at 2:00 p.m. on Saturday, February 19, 2022 in the chapel of Warren Holloway Ward Funeral Home in Geneva, AL with Rev. Steven Connell officiating. Burial will follow in Sunset Memorial Gardens Cemetery in Geneva, AL with Warren Holloway Ward Funeral Home directing. The family will receive friends at the funeral home on Saturday beginning at 1:00 p.m.

Mr. Sistrunk was born on November 25, 1943 in Scott County, MS to the late Walter Cecil and Ruby Watkins Sistrunk. Mr. Sistrunk resided in Moss Point, MS for 42 years before moving to Geneva, AL in 2007. He worked at Ingalls Shipbuilding for over 40 years. Mr. Sistrunk had a deep passion for hunting and fishing. He was also a loving and devoted husband, father, grandfather, great-grandfather, and friend.

In addition to his parents, he is preceded in death by one sister, JoAnn Bosarge.

Serving as honorary pallbearers will be Ethan Bosarge, Danny Bosarge, and Josiah Ramey.

Warren~Holloway~Ward Funeral Home (334) 684-9999, is in charge of arrangements. “Continuing The Trust You’ve Placed In Us” To sign a guest register, please visit:  www.whwfuneralhome.net