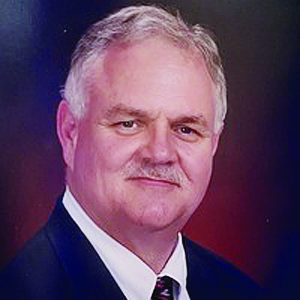 He was a devoted son to Bootsie and Alene, the quintessential younger brother to Jimmy, and a ringleader amongst his many beloved Vaughn and Shaw cousins. While he lived the first part of life in Florida, Alabama would become his home and the state he would serve with the highest distinction for the rest of his life. Bullock County was the setting for many of the stories of his youth, many featuring his life-long friend Kenny May, and it was where he met his wife Judy. His first career was in transportation, first with Bonnie Plant Farm delivering plants across the southeast. It was that career and Tubby Hall that would bring Bill and Judy to Covington County, the county that he would serve and protect for the rest of his life. He would start his law enforcement career as a jailer at the Covington County jail but would eventually serve as a deputy and/or chief deputy for Sherriffs Eli and Don Harrell. He would also serve as an investigator, chief investigator and eventually as Chief for almost a decade for the Opp Police Department. Throughout his life in law enforcement, Chief Shaw was committed to serving his community and supporting the growth and safety of his officers and staff.

While no one this side of Heaven will know each and every way Bill Shaw served and supported his family and communities, we do know he worked closely with the Opp Benevolence Fund, Opportunity House, Crossover Ministries, and various other law enforcement, city, and church ministries.

The epitome of a multi-faceted fellow, Bill Shaw had numerous other interests. He was an avid antiques collector and accomplished antiques restorer. He and long-time friend Robert McClennan once owned an antiques museum in Covington County. He traveled the southeastern United States with friends looking at antiques of every shape and size. He enjoyed teaching and consulting with others about antiques. He also loved to cook and was an accomplished scrimshaw artist and woodworker. It was no secret he found great joy in storytelling whether it was stories from his past or law enforcement or Alabama history.

Besides his relationship with Jesus, Bill’s greatest delight and treasure was his family. He loved Judy fiercely and was a second father to Laura from before she drew her first breath. He relished being a grandfather to Eva Grace.

He stood with so many during the rawest, darkest moments of their lives; he served as a moral compass for many who were at risk of losing their way; he prayed for those involved in every case he worked, he delivered babies and championed second chances; his officers and staff were family; he strove to offer wise counsel; he rejoiced in celebrating people’s victories over life’s entanglements; he found his strength in his faith and family.

Funeral services for Chief Bill Shaw will be held at 10:00 am Wednesday, March 16, 2022 from Wyatt Funeral Home Chapel. Braxton Eldridge, Gary Miller and Steve Winton will be officiating accompanied by eulogists, Walt Merrell and Trippy McGuire. Honorary pallbearers are Nickey Carnley, Zack Carnley, Kevin Chance, Maxwell Hooks, Geoffrey Hudson, Walter Inabinett, Justin Messick, Joe Ptomey, Johnny Vanarsdall, Bruce Williams, and Jamey Wismer. There will be no graveside service to follow. Visitation will be held Tuesday evening from 6 until 8 at Wyatt Funeral Home. Opp Police Department and the Covington County Sheriff’s Office will be proving an honor guard during the visitation.

Flowers will be accepted, or memorials may be made to the Opp Benevolence Fund, c/o Opp First United Methodist Church, P.O. Box 126, Opp, Alabama 36467.