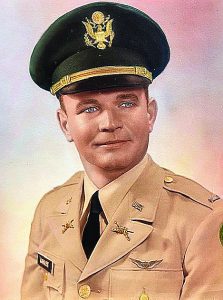 Mr. Carnley proudly served his country in the U. S. Air Force and U. S. Army. He was a rated Army Aviator in both fixed wing and rotary wing aircraft.

He was a member of First Baptist Church of Opp for 55 years, and taught Sunday school for approximately 50 of those years. He served on most of the committees within the church. He was elected a Deacon in 1974 and served three terms as Deacon Chairman.

Funeral services for Mr. Lewis Virgil Carnley will be held at 11:00 a.m. Thursday, March 24, 2022 from Wyatt Funeral Home Chapel with burial following in Peaceful Acres Memorial Gardens. Visitation will be held at Wyatt Funeral Home one hour prior to the service. Wayne Sharpe and Brian Smith will be officiating. Serving as pallbearers will be grandchildren, David Carnley, Jr., Matthew Carnley, Joshua Carnley, Emily Conner and Jason Carnley.