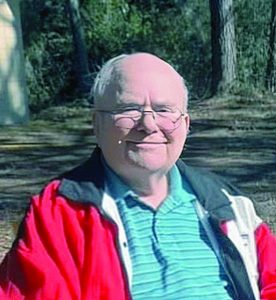 William “Bill” Robert Crabtree of Geneva, AL formerly of Houston and Temple, TX passed away Wednesday, April 20, 2022.  He was 79. A memorial service will be held on Saturday, April 30, 2022, at 2:00 p.m. in the chapel of Pittman Funeral Home in Geneva with the Rev. Tony Rosetta officiating. Visitation with family will be from 1:00 p.m. until the service.

Bill was born in Council, Idaho on June 8, 1942, to the late Hugh Robert and Martha Davault Crabtree.  He was a graduate of Missouri Valley College. During his career, Bill worked as a Human Resource Director with several different gas and oil companies. He also was Director of Human Resources for Chupik Corporation. He was a member of King Solomon Masonic Lodge No. 1427 and Temple South Rotary Club. After retiring to Geneva, he gladly served two terms on the Wiregrass Hospital Board of Directors including one term as Vice Chairman. He was preceded in death by his daughter, Margaret Crabtree; his sister-in-law Margaret Pittman; and his brother-in-law Thomas Cook.

Bill is survived by his loving wife of 53 years, Anita Pittman Crabtree; his daughter Cindy Harmon (Kip) of Leander, TX; his son Michael Crabtree (Sabrina) of Camas, WA; four grandchildren, Duncan and Rylee Harmon, and Lucas and Charlotte Crabtree; his sister, Catherine Cook of Hoquiam, WA; his brother-in-law, Dr. Walter Gay Pittman (Helen) of Birmingham, AL; and daughter-in-law, Emily Bryant of Memphis, TN. In lieu of flowers, the family requests donations be made to the First United Methodist Church of Geneva or the Shriners Hospital for Children of Houston.