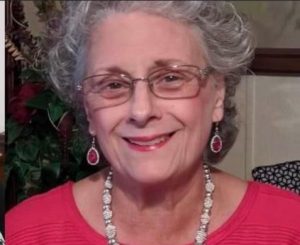 DeFaye McCollough of Samson passed away on Wednesday, July 6, 2022.  She was 69.  Funeral services will be held at 10:00 a.m. on Saturday, July 9, 2022, in the chapel of Pittman Funeral Home in Geneva with Rev. Jack Chancey, officiating. Burial will follow at Travelers Rest Cemetery with Pittman Funeral Home of Geneva, directing.  The family will receive friends on Friday, July 8, 2022, from 6:00 until 8:00 p.m.

Mrs. McCollough was born in Florala, AL on August 29, 1952, to the late Oscar McCarty and Jimmie Sue Adams.  She was a graduate of Samson High School, Class of 1970.  Prior to her retirement, she worked as the activity director at Wiregrass Nursing Home for many years.  She was preceded in death by her husband, Ronald Frank McCollough.