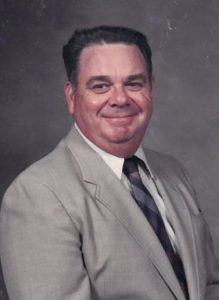 Billy Jack Helms of Geneva passed away on Sunday, July 10, 2022.  He was 88.  Funeral services will be held at 10:00 a.m. on Tuesday, July 12, 2022, in the chapel of Pittman Funeral Home in Geneva with Rev. Ben Vickers and Rev. John Baxter, officiating.  Burial will follow at Sunset Memorial Gardens with Pittman Funeral Home of Geneva, directing. The family will receive friends at the funeral home on Monday, July 11, 2022, from 6:00 until 8:00.  In lieu of flowers, donations may be made to Providence United Methodist Church, PO Box 846, Geneva, AL 36340.

Mr. Helms was born in Geneva County, AL on January 9, 1934, to the late George and Harriet Helms.  He was a proud 1952 graduate of Geneva High School, and he loved all of his classmates.  He served in the US Air Force from 1953 to 1957.  After his military service, he began his career at Benson Wholesale, later known as Fleming Foods.  He began working in the print shop and retired as the President of the Geneva Division of Fleming Foods.  He gave of his time and service to the community including serving on numerous boards in the community and in his church.  He was preceded in death by his mother, father, sister, Ruth Martin; and sister-in-law, Jeanette Helms.