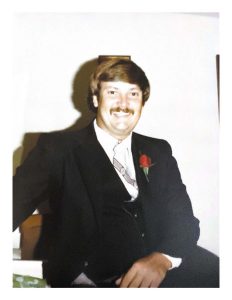 Mr. Joel Durell Aplin, of LaGrange, Georgia passed away on July 12, 2022.  He was born in Dothan on June 2, 1954, to Marion Durell Aplin and the late Edna Lee Aplin.  Mr. Aplin was a lifelong fan of Auburn University, where he earned his BA in Visual Arts: Commercial Design.  As an entrepreneur, he established The Art Department, an advertising and sign agency, then Budget Video, performing satellite sales and service.  After a brief time as a car salesman, Joel found his career, working nearly 3 decades at Kimberly-Clark’s LaGrange Mill, where he held numerous operator roles, conducted training, and was assigned to various special projects and machine upgrades/rebuilds.  He retired as Technical Lead guiding the same process in which he began working almost 28 years prior.

Mr. Aplin was bright, high-spirited, and a natural leader.  At age 12, he became the youngest Eagle Scout in the history of Alabama’s BSA.  At 17, he conceived, produced, and directed a community-wide youth choir of some 40 interdenominational students to perform the musical Tell It Like It Is.  The group was invited to present at several churches across southeast Alabama and the tri-state region.  He drove a school bus route during his senior year of high school, and was regularly tasked with transporting thousands of dollars in equipment across multiple states for the family business.  At Enterprise State Junior College, he tried out for the cheerleading team on a dare, then spent the next two years commonly retorting to any nay-sayers, “Who gets picked up 3 days a week by the best- looking women on campus?”  He was a lifelong fisherman, and an avid golfer for many years.  He was known to all as “the life of the party,” the consummate jokester, and “someone who loved to make you laugh.”

Mr. Aplin was an active and faithful member of Unity Baptist Church for 42 years.  Through the years, he taught youth Sunday School, served many rotations on the Board of Deacons, sang in the choir, ensemble, men’s quartet, and was a regular soloist.  His greatest passion, however, was for Vacation Bible School.  His work was well-known in area churches, and he was the subject of a featured article in Georgia Baptist magazine.  When one VBS ended, he immediately began planning for the next year.  Joel would often work a full 12-hour shift, then spend several hours more working at the church on decorations, or use personal vacation time to complete projects.  He believed VBS was the greatest outreach for the kingdom; that fact, along with his love of children, motivated his tireless efforts.

In addition to his father, Mr. Aplin is survived by his wife of 42 years, Clara Ellenburg-Aplin, sons, Brian Joel Aplin and Charles “Chip” Aplin (Brittany), of LaGrange, and foster son, Thomas DeWayne Monk (Kim), of Lucedale, Mississippi.  He is also survived by his brothers: Tim Aplin (Connie) of LaGrange, Bobby Aplin (Janice) of Dothan, and Rich Aplin (Sue) of Huntsville.  Grandchildren are Brian’s daughter, Annalee Aplin of Macon, and Chip’s son, Grayson Aplin of LaGrange.  Joel will be greatly missed by a host of aunts, uncles, nieces, nephews, cousins, colleagues, and church family.

The family requested donations be made in his memory to Mr. Aplin’s passion – Unity Baptist Church’s Vacation Bible School fund – or the American Diabetes Association.