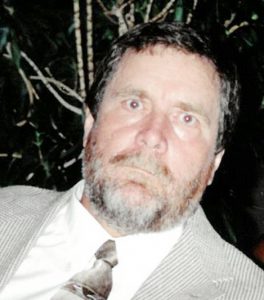 Fred Gordon Grantham, Jr. of Geneva, Alabama passed away Tuesday, September 13, 2022 at the age of

78 and only a few hours before his 79th birthday.

Holloway Ward Funeral Home directing. The family received friends at the funeral home on Friday at 2:00

Gordon was a 1961 graduate of Geneva High School and attended the University of Alabama. He proudly

Telecom as an Electronics Engineer. Gordon was an avid Alabama Football and Dallas Cowboys Fan. He

loved music from his era and had an extensive CD collection, which he loved to share copies with his

friends. He was a beloved father, grandfather and older brother and will be greatly missed.

Gordon was preceded in death by his parents, Fred G. Grantham, Sr. and Bertha C. Grantham; his brother,

He is survived by the mother of his children, Chieko T. Grantham; sons, Thomas Q. Grantham (Heather),

The Grantham family sends special thanks to Dr. John Simmons, Sr. and staff for many years of dedicated

Holloway Ward Funeral Home for their caring and professional assistance.