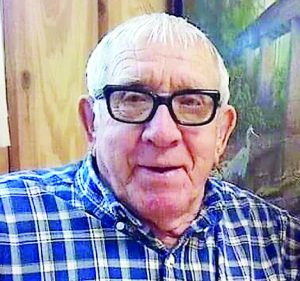 Charles was born March 22, 1930 in Geneva County, Alabama to his late parents, Pearlie & Brack Harrison. His parents were tenant farmers, so the family moved around quite a bit as children and young adults. Charles settled down in Toledo, Ohio where he proudly worked and retired from Chrysler-Jeep Automotive after thirty-three years of service. He was always proud of his Alabama roots; therefore, it was only fitting that he and Pat move back to Alabama after his retirement.

A rosary service will begin at 6:00 pm Tuesday, October 11, 2022 at Wyatt Funeral Home with visitation following until 8:00 pm.

Mass of Christian Burial will be held at 10:00 am Wednesday, October 12, 2022 at Christ the King Catholic Church with entombment following in Peaceful Acres Memorial Gardens. There will be a 30 minute lie-in-state at the church on Wednesday. Father Bieu “Bill” Nguyen will be officiating. Serving as pallbearers will be Daniel Kohler, Eric Madden, Charlie Madden, Eddie Harrison, Zack Harrison and Jamey Wismer.

Flowers will be accepted or memorials may be made to St. Vincent de Paul Society, 500 Sanford Rd., Andalusia, AL 36420.