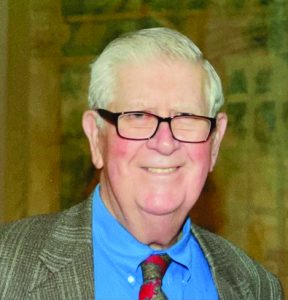 Ray was a member of First Christian Church (Disciples of Christ), Montgomery. Ray served the community and State in numerous capacities, including volunteer leadership with AARP Alabama, the Alabama State Defense Force, the Lions Clubs, the Family Sunshine Center, military organizations, and as a member of the State Ethics Commission and the State Personnel Board. He served over 37 years in the military, retiring from the Alabama National Guard as a Colonel. He was blessed with an early retirement from State Farm, followed by retirement from the State of Alabama.

A private family prayer and sharing for Mr. Warren will be held on Friday, October 14, 2022, at the Gardens of Memory Mausoleum under the direction of Jimmy Bottoms of Bottoms Garden Chapel Funeral Home. A remembrance service for family and friends will be announced at a later date.