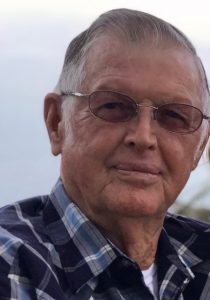 Mr. Berry was a natural at farming, where he managed and maintained 200+ blueberry bushes and became a staple of providing blueberries within the community. He had a passion for big trucks, which drove him to become a diesel mechanic for Fleming Foods until he retired in 1987. He was living his best life as a husband, father, and grandfather, to include enjoying the pleasures of fishing lake Eufaula and Black Creek for mullet. He thoroughly enjoyed bluegrass music, working in the yard and a deep love for his grandchildren and great grandchildren.

The family would like to thank Covenant Care Hospice of Marianna, FL for their devoted love and care.

Warren~Holloway~Ward Funeral Home (334) 684-9999, is in charge of arrangements. “Continuing The Trust You’ve Placed In Us” To sign a guest register, please visit: www.whwfuneralhome.com