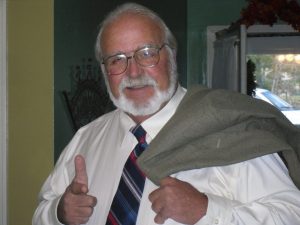 Joseph Dale Harrison (Jody), age 60, passed away January 2, 2023 at Opp Health and Rehab. Jody grew up in Opp, graduating from Opp High School in 1981. He joined the United States Army and served one enlistment as a communications specialist. He attended LBW, was employed by the City of Opp, and was a member of the Opp Jaycees. Around 1990, Jody established himself in the Bay Minette community as owner of Morningside Landscaping. Jody returned to Opp in 2013.

Joseph was preceded in death by his father, Happy Houston Harrison, and his mother, Mary Jo Broxton (Harrison) Smith. He is survived by daughters, Haily Griesman (Alex) of Indianapolis and Kate Harrison of New Orleans; a granddaughter, Lily Griesman; a brother, Jack Harrison (Renae) of Vestavia Hills; a sister, Vicki Ramer (Deek) of Opp; and a number of aunts, uncles, cousin, nieces, and nephews.

A graveside memorial service for Jody will be held at the Smyrna Baptist Church Cemetery (near Florala), on Saturday, January 28, 2023 at 1 p.m. All family and friends are invited to attend. In lieu of flowers, contributions may be made to Smyrna Baptist Church or The Dementia Society of America.