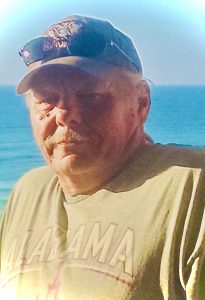 Louis Lamar Dillard, of Ward, SC, entered into rest peacefully on January 3, 2023, in the home he shared with Tonia Sweeney. Lamar was born July 25, 1960, in Geneva, Alabama. He was a son of the late Bertha Dillard and Louis Dillard of Hartford, Alabama.  Growing up in Hartford, Alabama, he played tennis, keeping everyone on their toes while also being an active member of the Geneva County High School Marching Band. Lamar was known for being a loving father, grandfather, and great-grandfather. He was a die-hard Alabama Football Fan and was profoundly known for his time and work in the Right-A-Way Industry. You could ride down a road and see exactly where he had worked! Lamar took great pride in his profession, his home, and most of all took great pride in his children, grandchildren, and great-grandchildren.

After high school, Lamar married Kathy Calhoon, his high school sweetheart who also precedes him in death. Lamar served 13 years in the United States Army where he earned the Expert Medical Badge and became a Ranger. During these 13 years, Lamar and Kathy had three wonderful children and later divorced but remained great friends. Lamar married his second wife, Audrey Watts who precedes him in death as well.

A private gathering will be held in Ward, South Carolina for Lamar’s close friends at a later date. Lamar will then depart to Ozark, Alabama where his family will hold a memorial service to celebrate his life at which then his children will grant and fulfill Lamar’s last wish.

Memories and condolences may be shared at MiltonShealy.com.